The XXVII Congress of the Eurasian Association of University Trade Union Organizations was held on the basis of the Kabardino-Balkarian State University named after Kh.M. Berbekov, which became the 20th university that hosted the EATUOU Congress. The congress was attended by 23 primary trade union organizations of employees and students from 20 universities of Armenia, Belarus, Kazakhstan, Russia, as well as trade union leaders of universities in Nalchik and the professional activity of KBSU.

A productive meeting of the delegates of the congress was held with the head of the administration of the Kabardino-Balkarian Republic, V.M. Bitokov, the chairman of the association of trade union organizations of the KBR, F.K. Amshokova, the rector of the KBSU B.S Karamurzov. Chairman of the Education Committee of the KBR Parliament M.A. Dadov, the Chairperson of the Education and Science Union Trade Union S.A. Karnysh, as well as the chairmen of the industrial unions of the KBR took part in the congress.

Having heard and discussed the report of the President of the EATUOU I. Kotlobovsky “Improving the Efficiency of the Educational Process: State Approaches and Social Guarantees of Employees” and speeches by the chairmen of trade union organizations of employees and students of universities of the CIS countries, the delegates of the congress state:

“Over its 27-year history, EATUOU has become an effective platform for discussing the problems of higher education in the Eurasian educational space. The Association fruitfully cooperates with the trade union organizations newly affiliated the EATUOU, with the Eurasian Association of Universities, the Russian Union of Rectors.

At the congress, 27 people made presentations and reports. 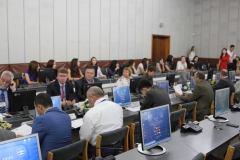 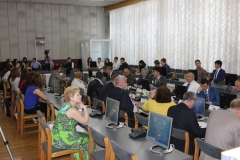 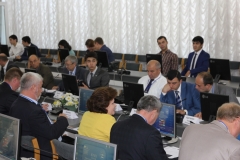 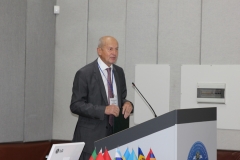 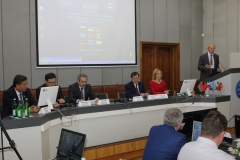 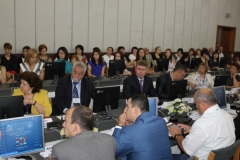 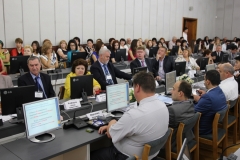 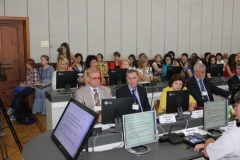 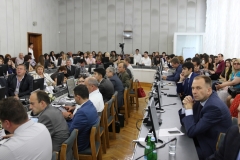 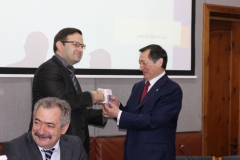 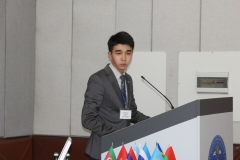 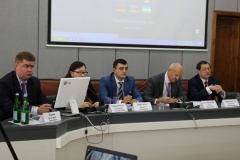 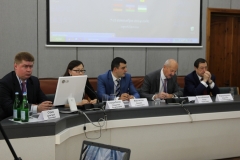 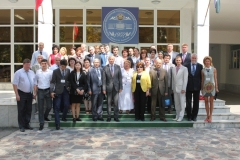