On September 11-13, 2013, the XXVI Congress of the Eurasian Association of University Trade Union Organizations was held in the Republic of Belarus. The EATUOU congresses have already been held twice in the Republic of Belarus: in 1991 at the Gomel State University and in 1999 at the Belarusian State University (Minsk). In 2012, within the framework of the EATUOU student section in the Belarusian capital and in Grodno, meetings of leaders of student trade union organizations of universities of Belarus, Russia and Ukraine were held.

On September 12-13, the congress events were held in Grodno on the basis of the Yanka Kupala Grodno State University.

The first plenary session of the Congress at the Yanka Kupala State University of Grodno was held at one of the best university halls. After the opening of the plenary session, I. Zhuk, Deputy Chairman of the Grodno Regional Executive Committee, was the first to welcome the participants of congress. He noted that Grodno is a student city, there are four higher educational institutions. I. Zhuk wished the guests success in their work, in familiarizing themselves with the achievements and life of the city of Grodno.

Rector of the University of Grozny, A. Korol drew the attention of the delegates to the fact that Grodno State University is not only the largest educational institution at the regional level, but also ranks second in the ranking of universities of the republic.

I.B. Kotlobovsky spoke at the plenary session of the XXVI Congress with the report “Union movement at the universities and the challenges of time”. He noted that in the context of globalization, the interaction of trade union organizations is aimed at improving the quality of training of specialists and improving the positions of universities in world rankings. Therefore, today, despite the autonomy of the development of each of the states represented in the association by the universities, the challenge for all universities is to increase competitiveness. Government measures to reform higher education entail social risks. The task of the trade unions is to propose measures to reduce the negative consequences of these decisions.

The main task of the congress was the need to share experiences in solving difficult issues in the system of higher education. The reports raised issues of the social status of workers and students, the restructuring of the educational process, changes in the requirements for the tutor in the context of globalization and integration processes.

The representation of student unions at the congress increases annually, which undoubtedly demonstrates the desire and motivation of students to actively participate in the life of the universities.

A total of 35 people spoke at two plenary and two sectional sessions of the congress with reports and presentations. The report of the chairman of the trade union organization of the Baku State University F.A. Shiriyev, sent by the representative of Azerbaijan, will be included in the materials of the congress.

According to the results of the XXVI Congress, the EATUOU adopted a Resolution.

In addition to the congress meetings, delegates also made a city tour in Grodno and visited the St. Boris-Gleb Kalozhskaya Church – the only 12th century church in Grodno, a remarkable example of ancient Russian architecture. The delegates to the congress also visited the Progress-Vertilishka agricultural production company, one of the leading farms in Belarus. 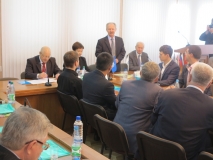 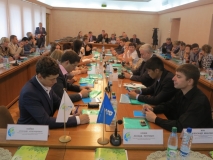 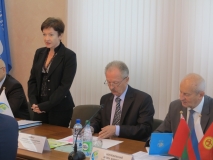 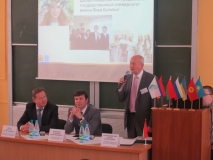 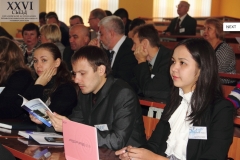 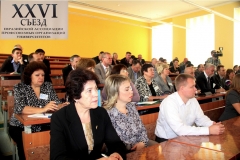 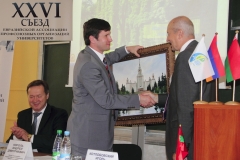 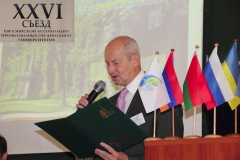 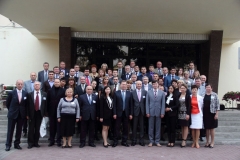