From October 12 to October 15, 2011, in accordance with the invitation of the Rector of Dagestan State University, Professor M.Kh. Rabadanov, chairman of the trade union organization of the DSU, N.I. Rabazanov, the congress was dedicated to the celebration of the 80th anniversary of the University of Dagestan.

The speeches highlighted the topical social problems of universities in the CIS countries, contained proposals for the revitalization of the EATUOU. The speakers congratulated the trade union committee of the DSU and its chairman N. I. Rabazanov on the anniversary of the university.

On behalf of the universities of the Republic of Azerbaijan, the DSU team was congratulated by a member of the EATUOU Presidium, Chairman of the Trade Union of Baku State University F.A. Shiriyev, who presented the rector a memorable gift from BSU.

The participants of the Solemn Assembly were given a concert by amateur artists and art masters of Dagestan.

On October 14, within the framework of the Congress, a round table was held with the participation of the heads of trade union organizations of the universities. A resolution of the congress and a welcoming address to the delegates of the Association of Universities of the Caspian region were adopted.

The President of the EATUOU I. Kotlobovsky together with the rector of the DSU M. Rabadanov, were received by the Chairman of the National Assembly of the Republic of Dagestan M. Magomedov and had a conversation with him.

Participants of the Congress, guests of the DSU and members of the Academic Council of the DSU were given a reception by the mayor of Makhachkala S. Amirov.

A group of participants of the congress visited the grave of A.I. Aliyev, chairman of the trade union committee of the DSU, who initiated the holding of the II Congress of the EATUOU in Dagestan State University in 1989. At this congress, organized under the leadership of A.I. Aliyev, the documents important for the development of the EATUOU were adopted.

The participants of the congress were offered a cultural program: a visit to the anniversary evening of the Club of the Funny and Inventive People team “Makhachkala Vagrants” and an excursion to the city of Derbent. 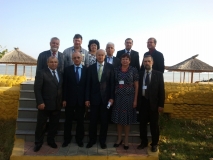 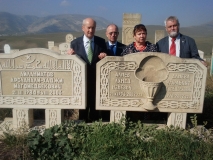 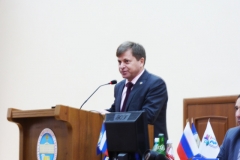 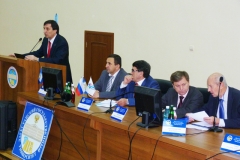 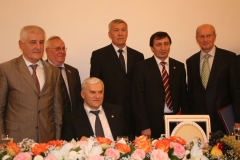 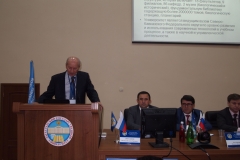 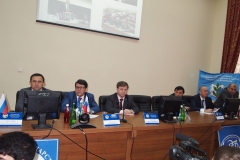 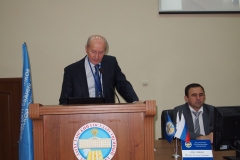