From September 6 to September 8, 2009 in Baku (Azerbaijan Republic) at the invitation of the Rector Academician A.M. Maharramov and the chairman of the trade union organization F.A. Shiriev on the eve of the 90th anniversary of the foundation of Baku State University, the XXII Congress of the Eurasian Association of University Trade Union Organizations was held. The congress was attended by about 30 people, representing 18 member organizations of the leading classical universities of Azerbaijan, Belarus, Kazakhstan, Russia and Ukraine, as well as the Deputy Chairman of the Central Committee of the Belarusian Trade Union of Education and Science R.O. Dapiro and the chairman of the Tyumen regional organization of the trade union of workers in public education and science V.T. Khudyakova.

Before the beginning of the congress the delegates and the rector of BSU Academician A.M. Maharramov laid a wreath at the grave of the National Leader of the Azerbaijani People Heydar Aliyev and flowers at the graves of prominent cultural and scientific figures of the Azerbaijan Republic.

4 plenary and sectional sessions of the congress were held.

The rector of BSU, Academician A. Maharramov, made welcoming remarks and made a report on the state and prospects of development of Baku State University, expressed a number of wishes to the EATUOU, in particular, he called for greater cooperation in organizing treatment and recreation of the staff and their families, group exchanges, and tickets to university health centers. Academician A. Maharramov also noted a painful problem for BSU – student dormitories of Baku State University are inhabited by refugees and displaced persons from Karabakh, which deprives students of the right to receive a housing.

According to the presentation of the EATUOU Presidium for the development of social partnership and the strengthening of friendship between nations, Academician A. Maharramov was awarded the anniversary medal “100 Years of Russian Trade Unions”.

A report on the integrating role of the EATUOU and the tasks of the trade union organizations of universities in a global world was presented by the President of the EATUOU I. B. Kotlobovsky. The report also contained a report on the work of the EATUOU Presidium after the 21st Congress. He particularly stressed that the transition to new educational standards will change the nature of the work of tutors and increase their workload. This requires a review of the standards and working conditions of the professorial staff, the new wage system that is sensitive to improving the quality of education, i.e. changes in social standards. A report on the fundamentals of the state youth policy was made by V. L. Marchenko.

8 people made speeches during the debate. Having heard and discussed the report and presentations of the participants, the congress noted that in the modern conditions of innovative development, the main problems of the EATUOU were related to the entry of the countries representing the Association into the Bologna process and its socio-economic implications for university teams. The development of equitable social labor standards for tutors and students, which are in line with modern educational standards, is the closest important task of the EATUOU.

A discussion and exchange of experience on the participation of trade unions in the implementation of state youth policy in the countries representing the EATUOU took place. It was noted that the role of trade unions in the formation and implementation of elements of youth policy is underestimated by public authorities and in some cases the rector’s corps. In most cases, trade unions do not have their own concept of working with students, they lack projects that can consolidate a large number of students around themselves and attract real support from the state. There is no interaction between student professional active universities of the EATUOU at the information and organizational level.

The delegates of the congress noted that during the years of existence of the EATUOU, the Association has gained experience in solving complex economic and social problems of workers and students of classical universities of the CIS countries. The creation and activity of the Eurasian Association of Trade Union Organizations of Universities contributed to uniting the efforts of classical universities in different countries to preserve the traditions of fundamental classical education, provided with an opportunity to enrich each other with invaluable experience of trade union activities, to establish and strengthen friendly relations between leading trade union organizations and universities of the CIS countries, to fill them with specific content.

According to the results of the congress, a resolution was adopted.

A memorable photographing of the congress participants took place. The BSU website contains a large number of photos of the first day of the congress. A detailed report will also be posted on the EATUOU website.

After the first plenary session, the participants of the congress planted a memorial tree in the alley at the entrance to the main building of Baku State University, a memorial plaque was installed.

The participants of the congress met with the managerial staff of the Confederation of Trade Unions of the Azerbaijan Republic I.A. Aliyev. (1st Deputy Chairman of the CTUA), Nagiyev G.G. (1st Deputy Chairman of the Committee of the Independent Trade Union of Education Workers of the Republic of Azerbaijan) and G.Sh. Jafarov (Secretary of the CTUA) and had a long conversation and a fruitful exchange of views. The Azerbaijani side expressed a desire to expand the exchange of delegations, especially students, to hold joint conferences, seminars and to establish an information exchange.

The work of the congress was widely reported in the media, including TV and the Internet. Before the beginning of the congress, EATUOU President I. Kotlobovsky, Vice-President V. Tsvykh and Chairman of the Trade Union Organization of Baku State University F.A. Shiriev were interviewed live on the program “Morning” on the first national TV channel.

During a reception at the rector of BSU the delegations read their congratulatory messages to the management of Baku State University and its trade union organization on the occasion of the upcoming 90th anniversary of the university foundation and handed gifts. Academician Maharramov also gave delegates souvenirs from BSU.

During the friendly dinner, the delegates familiarized themselves with the art of the national art groups of Baku State University, and also tasted the dishes of the famous Azerbaijani cuisine.

Excursions to Baku State University, historical sites of the capital of Azerbaijan, night Baku, a walking tour to the old town with a tour of the Maiden’s Tower, an excursion to the Temple of Fire in Ateshgah were organized for the congress participants.

Accommodation of participants in the hotel, meals and transport services (including meeting and seeing off at the airport) were organized at a high level. Here we should note about the great contribution of the Chairman of BSU trade union organization was F.A. Shiriev. All participants highlighted the oriental hospitality of the hosts of the congress. 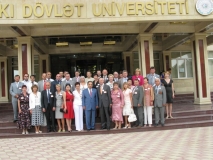 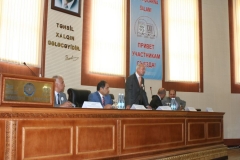 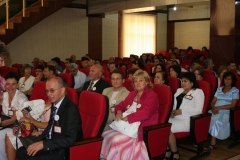 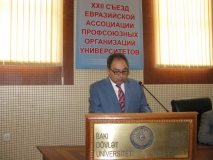 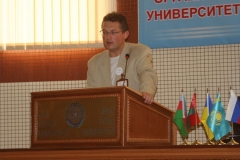 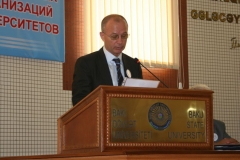 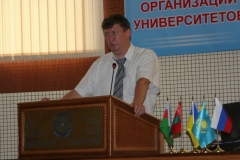 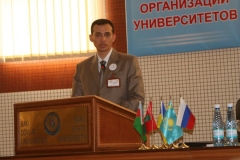 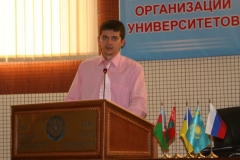 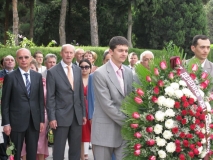 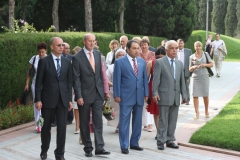 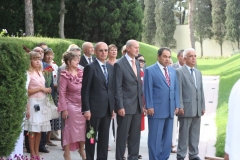 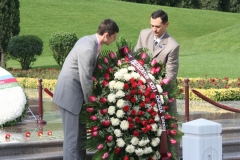 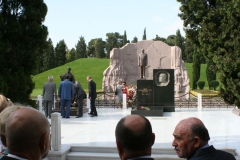 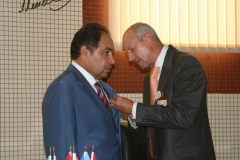 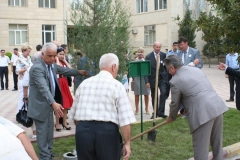 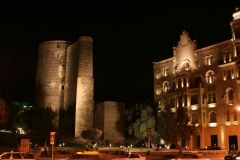