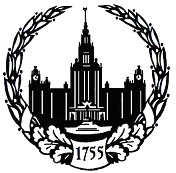 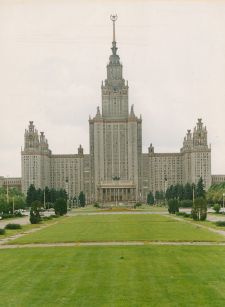 At the plenary sessions on December 3 and 4, 2002, the following participants addressed the congress: President of the Eurasian Association of Universities, Rector of MSU Academician of the Russian Academy of Sciences V. Sadovnichy, Chairman of the Committee of the Council of the Federation of the Federal Assembly of the Russian Federation V. Shudegov.

A report on the work of the Eurasian Association of Trade Union Organizations of Universities from 1987 to 2002 was made by the EATUOU President I. Kotlobovsky.

The following issues were discussed at the plenary session:

– on the situation around the higher education system in the CIS countries;

– about the projects of reforming higher education in Russia and the mutual influence of the reforms of education systems in the CIS countries;

– about the role and objectives of the EATUOU in the development of cooperation of classical universities of the CIS;

– about the situation and ways of preserving social objects at the universities;

– on the development of social partnership at the universities.

During the discussion, the following suggestions were made:

– to continue the practice of the participation of members of the Association in scientific conferences and seminars held by the CIS countries in the field of social policy and social partnership;

– to carry out work on the legal registration of the EATUOU with the issuance of a corresponding document confirming membership in the EATUOU;

– to determine the size of the annual membership fee to the EATUOU;

– supplement the existing EATUOU directory with electronic addresses of members of the association;

– to continue and expand the practice of mutual assistance in organizing the recreation of staff and students at the recreation facilities of partner universities;

– continue the creation of a data bank on the possibilities of organizing recreation on the basis of universities – members of the Association;

– to analyze and prepare guidelines for the development of collective bargaining agreements at the universities;

– continue cooperation with the Eurasian Association of Universities;

– to ensure the rapid dissemination of information about the events in the higher education of the CIS countries via the Internet;

– to collect materials on the history of the EATUOU.

The Congress adopted an appeal “On the situation in higher education and the activities of trade union organizations of universities to strengthen social partnership and the development of the social sphere”.

The Congress made changes to the membership of the EATUOU Presidium. D. Abayev (Kazakhstan) was withdrawn from the presidium due to his transfer to another job.

The chairmen of trade unions of the Kirghiz University V. Ivanov and Voronezh University V. Dubyansky were elected as members of the presidium.

Collective excursions to the Grand Kremlin Palace, the Diamond Fund, the Armory, the Tretyakov Gallery were organized for the congress participants.