IX Congress of the IAUTUO

The following issues were discussed at the plenary session:

– on the situation around the Higher School in the CIS countries;

– about the projects of reforming higher education in Russia and the impact of these reforms on the education system in the CIS countries;

– about the ways of preserving social sphere bodies at the universities;

– on the possibility of concluding an international collective agreement between the rector and trade union Eurasian associations;

– on the development of social partnership at the universities;

– on the preservation of the right of citizens of the CIS countries to existing social guarantees;

– on the affiliation of trade unions of the CIS countries into the World Trade Union Confederations;

October 21, 1997 the congress continued its work in two sections: employees and students. 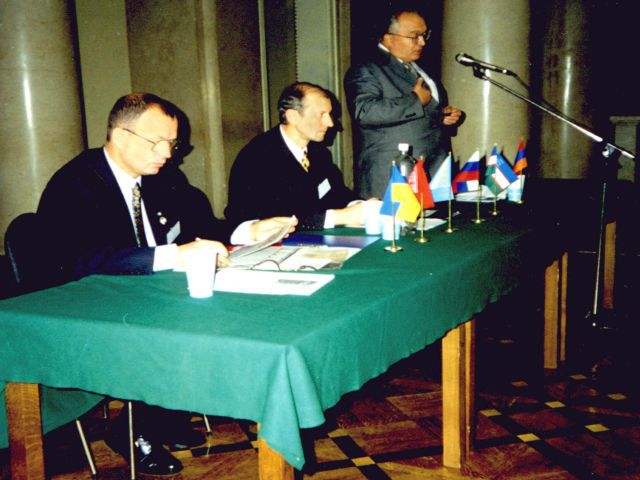 During the presentation, the following suggestions were made:

– to conduct sociological research on the social status of employees and students in university teams of the Association together with the Board of the Eurasian Association of Universities;

– to develop joint target programs (on ecology, recreation in foreign countries) based on the experience of the association of the Carpathian southern region;

– to expand the Association inviting universities from foreign countries (for example, to attract Prague University);

– to create on the Internet a “page on trade unions of universities”;

– to continue and expand the practice of mutual assistance in organizing the recreation of employees and students at the recreation centers of other universities;

– to create a data bank on the possibilities of organizing recreation on the basis of universities – members of the Association;

– to prepare guidelines for concluding a collective agreement at the university;

– to form an analytical group within the association;

– to strengthen ties and interaction with the Eurasian Association of Universities;

– to ensure the rapid dissemination of information about the events taking place in the higher education institutions of the CIS countries;

– to strengthen the organizational structure of the Association.

The EATUOU Audit Commission is elected with:

The organizing committee of the congress prepared a transcript of the meetings.