III International Scientific and Practical Conference of Universities “Universities and Society. Cooperation and Development of the Universities in the Twenty-First Century”

On April 23 – 24, 2010, the Eurasian Association of Universities held the III International Scientific and Practical Conference “Universities and Society. Cooperation and Development of the Universities in the Twenty-First Century” at Moscow State University named after M. Lomonosov.

The conference discussed the state of science and education in modern conditions, outlined measures and directions for further cooperation of universities of the Eurasian space. The conference was attended by heads of universities, deans of faculties, heads of departments, tutors and university researchers, members of the EATUOU.

Two plenary sessions and numerous sectional sessions were held at the conference.

More than 60 people took part in the meeting of the Round Table – representatives of 6 member-states of the EATUOU – Belarus, Kazakhstan, Russia, Uzbekistan, Ukraine and the Pridnestrovian Moldavian Republic. In addition to the EATUOU members, representatives of Belgium, Latvia, Lithuania and Mongolia also took part in the work of the Round Table. 24 people made presentations and reports in two days.

Following the results of the Round Table “Social Standards for Higher School Modernization and Scientific Research”, a resolution was adopted. It was also decided to hold the next EATUOU congress in the first half of September 2010 in the village Beregevoe of Bakhchisarai district of the Autonomous Republic of Crimea on the basis of the T. Shevchenko Kyiv National University.

At the end of the conference, a memorable photographing of the participants of the Round Table was held.

For participants of the III International Scientific and Practical Conference a concert was organized in the Assembly Hall of the Intellectual Center – the Fundamental Library of Moscow State University. 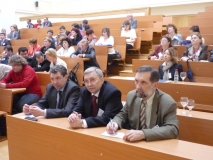 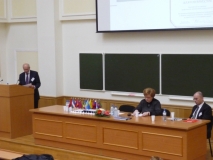 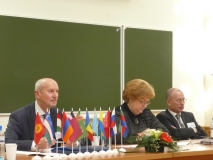 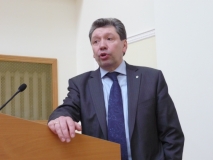 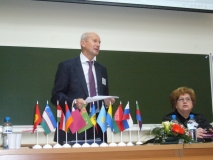 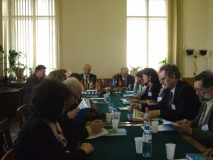 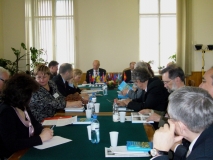 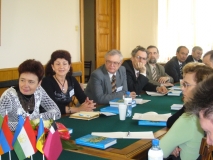 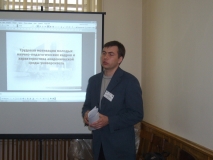 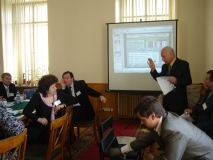 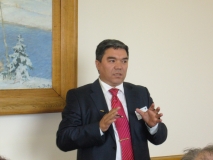 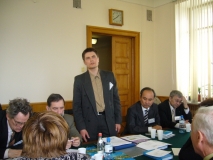 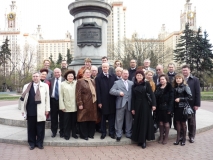