The third congress of the chairmen of trade unions of universities of the USSR was held in Samarkand from September 17 to September 20, 1990 on the basis of the Samarkand State University. The meeting was attended by the representatives of trade union organizations of 32 universities from 7 republics of the Soviet Union. The meeting discussed documents for the XI Congress of Trade Unions of the USSR, a number of current issues. In addition to the exchange of experience of trade union work, delegates were able to learn about the activities of the Samarkand University named after Alisher Navoi, one of the largest universities in Uzbekistan, founded in 1927. An extensive cultural program, a tour at the university, sightseeing places of Samarkand, a visit to one of the foremost collective farms of the republic were organized for the delegates and guests of the congress of the association. 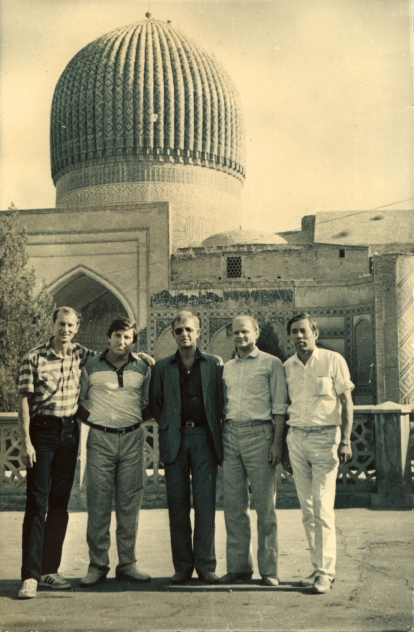 On the photo, members of the organizing committee of the congress (from right to left): M. Yuldashev, V. Guskov, N. Urvachev, A. Aliyev, I. Kotlobovsky.